It feels like it’s been a long time since Manchester has had a new restaurant and bar opening that I’ve been genuinely excited about. Having seen the pre launch images of Grand Pacific, I was even more certain that I had to pay a visit to the newest Living Ventures project, based in the building of the old Reform Club on Spring Gardens, at the top of King Street, Manchester. The building itself is beautiful and totally in keeping with its neighbours on Spring Gardens and King Street. The Grade Two listed Venetian Gothic style building is quite captivating, with it’s turrets, beautiful long windows with exterior balconies and winged beast carvings above the main entrance. For Living Ventures to bring this building to life, it had to be out of the ordinary, and I really do think they’ve captured the essence of the building with the new Grand Pacific.

Walking up to Grand Pacific, I noticed a lot of pineapples within the design and decor, including on the door handles to the entrance to the building. Although pineapples seem to be massively in fashion with the blogger community at the moment, they actually represent something more than just the fruit. Here’s some pineapple history, just for fun. Pineapples originally began as the fruit of the wealthy, with them being used on table centrepieces. Pineapples also were once an expensive dessert, whilst rooms that had pineapple motifs carved into furniture were seen as being luxurious and welcoming, which was more commonly seen in Colonial America. The Colonial theme is quite apparent within the interior of Grand Pacific. With pineapples representing the assets in which we base a home, it’s a perfect symbol for Grand Pacific; warming and welcoming, good hospitality and friendship.

Heading up the dark wood curved staircase, I was absolutely blown away by the opulence of the interior. Dark walls, dark wood tables, with gold accents and a huge palm tree leaf chandelier above the bar area, it’s resplendent. Heading to the bar, there are plenty of high tables to sit on, or you could mingle at the long bar and watch the bar staff create incredible cocktails including the Grand Pacific Signature – Wax Seal. The whole place screams high society, and I can’t help but think of the words of the great F.Scott Fitzgerald in The Great Gatsby – “I like large parties. They’re so intimate. At small parties there isn’t any privacy.” With the music pumping, but not loud enough that we couldn’t converse, the atmosphere was electric. Whether it was due to being the launch night, or because Grand Pacific is the place that Manchester has been crying out for, it’s really took a hold of me.

Sitting down at a cosy table for two, we didn’t need to peruse the menu as both myself and my sister had already decided on the food around three days before our visit. The food has an Asian fusion vibe, with the dining menu having a tag line of ‘a mesmeric voyage of tastes from distant shores’. I started with the Thai fishcakes with a pineapple dipping sauce whilst Paula had prawn and mussel Laksa. Service from ordering our food to getting the starter was fairly quick and the food arrived on the table with an expert presentation. It was noted that they did take a note of who ordered what so it was presented to the correct person upon arrival.

The Thai fishcakes were really tasty with chunky pieces of fish mixed with the potato and spices. The pineapple dipping sauce was my favourite; an explosive combination of sweet chilli with a subtle sweet yet slightly tart kick from the pineapple. The fishcakes were served with a fresh slaw and a tempura battered vegetable fritter. It was more than adequate for a starter and actually quite filling. The prawn and mussel Laksa looked incredible and the attention to detail on the presentation was impeccable. Noodles with a citrus labne were topped with butternut squash and edamame bean, and a generous portion of prawn and mussels, topped with roasted peanuts.

The wait time between our starter and main course was getting on for a good 40 minutes from having our starter plates removed, however the service staff were attentive and filled up drinks, changed napkins and cutlery over and engaged in conversation. The wait time wasn’t particularly an issue as we were having a great time and it could be put down to a very full restaurant as it was the launch night.

When the main course arrived, I was really hungry and looking forward to it much more since there was a considerable wait. I had spotted the Lamb Massaman curry on the menu prior to my visit and I was practically salivating by the time it came to the table. Served in individual dishes rather than the usual mix of sauce and rice on the plate, the Lamb Massaman came alongside Forbidden Rice and Gunpowder Potatoes with two pieces of naan bread. In China, Forbidden Rice is actually black rice, however this was a mix of both white and brown rice. It was seasoned beautifully and I couldn’t place the flavours that it was seasoned with, but it was certainly moreish. The Gunpowder potatoes were very tasty with both white and purple new potatoes being used, alongside sweet potato cubes that were topped with sliced spring onions and chilli peppers. The lamb curry can only be described as a food orgasm. I have never tasted anything as delicious as that curry. The lamb fell apart as soon as it hit my mouth whilst the massaman curry sauce was rich in flavour, smooth in taste and had enough of a kick of spice to bring the Asian taste to life. The only thing that let the dish down was the naan bread; it was slightly floppy with no particular taste or texture like naan should have.

Whilst I had the curry, Paula had the Tempura Szechuan Sea Bass with crispy noodles and pineapple and cucumber garnish. From what Paula said on the evening, the fish was cooked perfectly, with a light and crisp batter, whilst the noodles were quite dry alongside the fish. The dish needed a sauce of some kind to make it easier to eat as the cucumber and pineapple, which tasted great with the fish, wasn’t enough to eat alongside two whole fillets of sea bass. A soy or Hoisin dipping sauce would have been a great accompaniment.

Although there should always be room for dessert, we were both pretty full to busting, so we ordered something light and fresh to finish off our evening. The Pineapple Carpacchio was served with a scoop of coconut ice cream and a sesame twills, topped with pistachios. The tartness of the pineapple was offset by the maple syrup drizzle whilst the coconut ice cream was so incredibly creamy that you would think that it was frozen coconut milk. It was a perfect palette cleanser, and an ideal dessert to take away the pang for something sweet at the end of the meal.

There’s a lot of attention to detail right down to the delivering the bill to the table, which came in a hollowed out book. It’s very meticulous with the ‘first class service’ that it’s apparent that they are going for. I do hope that this doesn’t start distracting from the food and the little things like service time in between courses. Grand Pacific reminded me of the Titanic; the luxurious and over the top designs, the monogrammed napkins, the intricate designed cutlery. It’s very well thought out and quite beautiful, however I do feel like they could be a victim to their own success if the little things aren’t ironed out. Our server for the evening was very apologetic over wait times, and again I have no reason to complain about his attentiveness but if this was a paid for meal, I would be a bit annoyed at having to wait for such a long time. I’m really looking forward to going back to try out the Sunday roast, and see how that fares compared to other places within Manchester.

* The meal was provided FOC however we paid for our drinks. All opinions are my own. 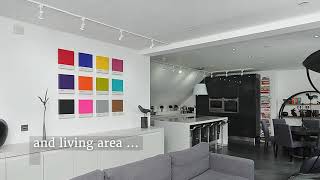 What's The Buzz? May Edition.

Influencer Marketing – What is it and why is it so effective?